Entering the lounge of the Petah Tikva fire station, it is unmistakable that the handsome uniformed firefighter with features indicating distinct Hispanic lineage is from out of town. While the rest of the year Robert Gomez serves loyally as an engineer, a flight paramedic, a swiftwater rescue member and a wildfire specialist as part of the Dallas, Texas, firefighters, this week he is simply Rob, reporting for duty in Israel alongside his new Israeli counterparts. 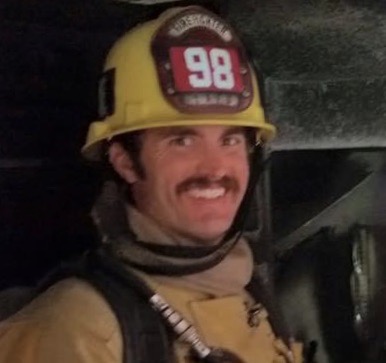 IT WAS 4:00 AM, THANKSGIVING MORNING.

MY PHONE VIBRATED ON THE NIGHT STAND AND THE TEXT READ 'WE’RE DEPLOYING TO ISRAEL-- LEAVING IN 6 HOURS. I LEANED OVER TO KISS MY FIANCÉE GOODBYE AND LEFT FOR THE LONG FLIGHT FROM LAX TO BEN GURION AIRPORT.

Thank you! Your submission has been received!
Oops! Something went wrong while submitting the form.

© COPYRIGHT 2017 EMERGENCY VOLUNTEERS PROJECT. ALL RIGHTS RESERVED.